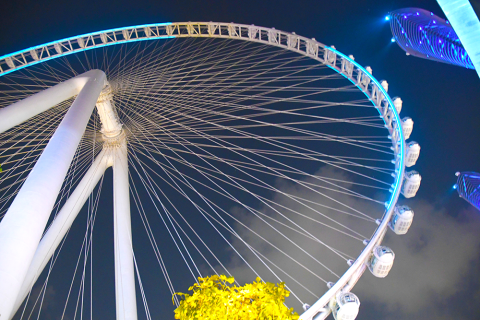 Attendees visited the attraction located on Bluewaters Island just after sunset, as the skyscrapers of Dubai joined the wheel when lighting up the night sky.

Fernando Eiroa, CEO of Dubai Holding Entertainment group—operator of Ain Dubai—also shared with the attendees how ticketing options for the observation wheel will be bundled with the company’s other attractions, vacation packages, and season pass tiers. 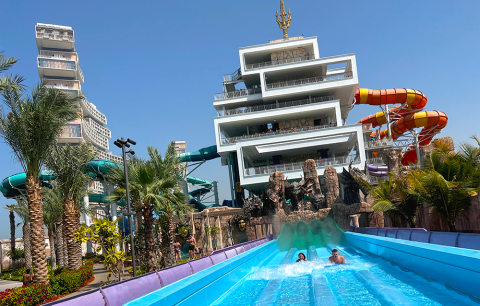 Aquaventure A new addition to the water park at Atlantis, The Palm made a splash.

Aquaventure partnered with ProSlide to create a modern “pyramid” of new water slides, reminiscent of the modular architecture found next door at the new Atlantis, The Royal Resort. The phase 3 expansion also includes a new action river; two activity zones, featuring slides for children and teens; lounging areas; and dining facilities, bringing the total number of slides and attractions on-site to 105.

“We took a keen interest in ensuring we would be at the forefront of all things water parks,” said Tom Roelens, senior vice president of operations and general manager at Atlantis Dubai.

Attendees saw the enhancements firsthand by attending EDUTours held on the 48-meter-tall “Trident Tower,” along with sitting down for a presentation on how Atlantis Dubai is moving forward with Project Atlas, a guest-facing sustainability initiative that also includes education for new employees.

“We go through online modules with them to heighten the importance of sustainability with them and what that means to our business,” said Kelly Timmins, director of conservation, education, and customer service.

Following the EDUTours, many attendees took advantage of the visit to put on their swimsuits and try the new “Trident Tower” slides for themselves. 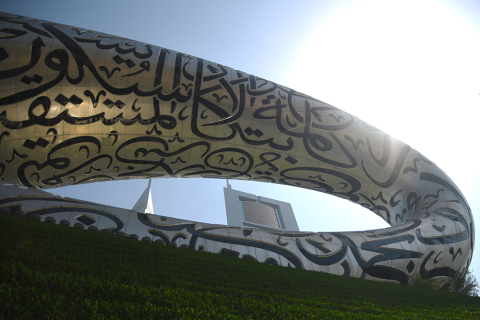 Museum of the Future Attendees visited the iconic Museum of the Future one day after its debut on the palindrome date of 2-22-22. Housed in an elliptical structure, covered in stainless steel panels and Arabic calligraphy, the new museum inspires visitors to change their conventional way of thinking to create a better tomorrow.

“The response we have is to be realistic but intentionally present a hopeful vision for where we might go,” said Lāth Carlson, executive director of the Museum of the Future. “It’s not a technology story; it’s a human story.”

After gazing at robots flying overhead in the atrium, attendees boarded an elevator that simulates a rocket launch in the year 2071. Exhibits focus on space exploration, clean power generation, and the loss of species affected by climate change. The messages inside the museum reflect the hole in the structure found on the outside, depicting the void of knowledge mankind still has yet to learn.

With five entrances into the lobby, the “classic exit through the gift shop”—as Carlson calls it—was not possible.

“Since everyone can access our retail without paying for tickets, we make the retail act as an extension of the exhibition,” he said. Today, 45% of the product line is produced in the UAE, using sustainably sourced materials.