After a year marked by global uncertainty, will guests want to experience the scares of haunt attractions? Sociologist and fear expert Margee Kerr says yes, now more than ever.
May 20, 2020By Margee Kerr Ph.D.

This article kicks off Funworld's series on haunted attractions in the era of COVID-19. Join us for the next two weeks to learn more about what haunts will need to consider to operate during the pandemic.

To state the devastatingly obvious, these are unprecedented and scary times. In addition to the concerns about the health of ourselves and loved ones are the very real fears of how the attractions industry will make it through this pandemic. And for those in the haunted attraction industry, there’s another looming question: after all this, will people even want to be scared?

As a sociologist who studies fear, and more specifically why people like to be scared, I’ve been asked this question a lot since COVID-19 upended our lives, and my answer is this: “Hell yes!”  In fact, it might be exactly what we all should do. The threats, challenges, and obstacles ahead are daunting, but we could all use a little hope right now and there are a handful of factors that lead me to be cautiously optimistic about Halloween in the age of COVID-19.

The Need to Challenge Fear

From ghosts and blood thirsty vampires to serial killers and evil clowns, haunted attractions are built of elements of the macabre, the horrifying, and the unimaginable. These characters, along with the intricate and highly themed sets, awe-inspiring animatronics, and startling special effects are all designed to scare, to make people jump and scream. In these spaces fear is not avoided but sought out as a pathway to reward, after all, people wouldn’t keep coming back if they weren’t gaining something from the experience. The question of what that “something” is has been the focus of my research for the last ten years.

Like attractions, haunts offer an opportunity to experience something new, to have fun with friends and family, to laugh, to bond, to play. After months of isolating with the same people and in the same place, social engagement and novelty are exactly what people will want and this appears to be proving true—Shanghai Disneyland tickets sold out in minutes after reopening. But these are not the only rewards that drive my optimistic outlook for Halloween; haunted attractions offer what we could all use right now: opportunities to take control of our fears and to be reminded that we can be brave.

Fans of haunted attractions know this intuitively and research with my colleague Greg Siegle, a cognitive neuroscientist at the University of Pittsburgh, also backs this up. Two years of data collected from guests before and after attending a haunted attraction, ScareHouse, in Pittsburgh, Pennsylvania, reveal that not only do guests’ report significantly higher mood immediately afterwards, they also feel less anxious, stressed, frustrated, tired, and bored—and the scarier the better! Neurochemical changes associated with “fight or flight” likely play a role, but our data also suggest that part of these positive gains is related to the reward we feel after challenging our fears—even when we know there’s no real threat. Similar to finishing a marathon, our findings show that going through a haunted attraction can offer an opportunity to endure through something stressful and gain a greater sense of self knowledge, which in turn is related to feeling good.

Feeling all around better after doing something scary is also connected to how it changes the way we process information.  In addition to the survey data, we also collected guests' brainwave activity during a series of tasks before and after the attraction using mobile electroencephalogram (EEG) devices. Without getting too technical (but for those interested, you can find our article in the journal Emotions), the pattern of changes in brainwave activity suggest that things that may have caused stress before are just not as big of a deal after doing something scary. An experience that can make us feel better, less anxious, confident, and like “We got this!”: who wouldn’t want that right now.

A Taste for Terror

Another source of my cautious optimism for the Halloween season comes from looking at current and historical trends connecting societal fears with consuming and creating related fictional horror content. For example, by mid-March movies like “Outbreak” and “Contagion” were trending in social media, with “Outbreak” holding steady among the top ten most popular films on Netflix for at least two weeks.

New potential or future threats that we know little about and worse can’t predict if or when they will show up can create a powerful feeling of helplessness. If we don’t understand it and can’t predict it, how are we supposed to protect ourselves or defend against it? Watching worst-case scenarios play out on screen offers a way to fill in the blanks of all the unknown, to imagine what might happen from a safe and entertaining distance. While the information is often far from useful and scenarios beyond reality, they can still leave us feeling like we have more of a handle on what could happen, or at least give us something to compare to and say “well, at least there won’t be zombies!”

Historical examples highlight how we’ve long used recreational fear to manage our real fears; In the mid-20th century as we turned our eyes to the skies, UFO sightings were increasing and we were tasked with wrangling intergalactic fears. One popular solution: watching films like “The Day the Earth Stood Still,” “The Thing from Another World,” “It Came from Outer Space,” and the plethora of encounters with the otherworldly in films comprising the golden age of sci-fi cinema.

Fears of a nuclear apocalypse? We’ve got films for that too. Numerous historians have outlined the ties between Cold War threats and the popularity of movies imagining the aftermath of a world-wide nuclear war, like 1959’s “On the Beach.” Or more famously, the made-for-tv movie “The Day After”. Broadcast on television on November 20th, 1983, the two-hour film told the story of the before, during, and aftermath of a nuclear attack on an American city by the Soviet Union. Over 100 million viewers tuned in to watch Kansas City get wiped away beneath a massive mushroom cloud. Concerned the public wasn’t ready for the “graphic and disturbing scenes,” the network prefaced the broadcast with a warning and affiliates even opened toll-free hotlines with counselors on hand.

But the terrified crowds never came. According to researchers Sarah Lloyd and Mike Hally, instead of outbreaks of panic, evidence suggests afterward people actually felt reassured and optimistic about their chances for survival should the unthinkable occur.  Their theory is that setting catastrophes within the context of stories involving relatable characters brought viewers a sense of knowing and familiarity to the unimaginable. Yes, the movie featured gruesome scenes—hair and teeth falling out due to radiation poisoning, dead animals, decimated landscapes—but the stories of violence and loss eventually came to a conclusion. Similar to haunted attractions, with movies you know eventually there will be an ending, and the ending of “The Day After” was especially gratifying as it was focused on the future and rebuilding. The message: life will go on, there is always hope.

So yes, as the Halloween season rolls around, I do believe people will want to, and should, head out to haunted attractions where they can safely gather with friends, laugh, and scream as loud as they want. Right now, we could all use reminders of hope and strength, fictional and recreational horror can be a surprisingly rewarding way to get there. 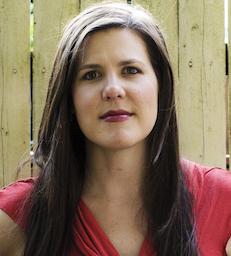 Margee Kerr Ph.D. is a sociologist who studies fear and has served as a consultant with attractions in the haunt industry.