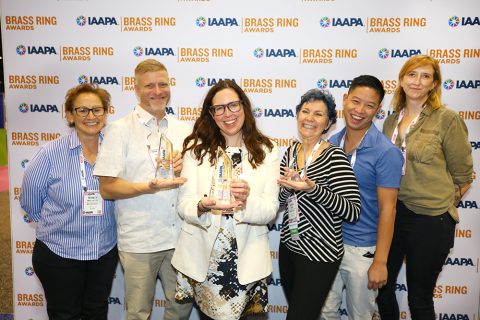 With pandemic-related operational disruptions and hiring hurdles, it’s been no walk in the park for attractions. Funworld checked in with the five winners of the 2021 IAAPA Brass Ring Awards for Human Resources (HR) Excellence to learn how they persevered and excelled during an especially difficult time.

“It all started with a thought about how we could increase customer service scores,” says Nick Miller, director of Legoland Florida’s operations and guest excellence, describing the impetus for the new training program. Characterizing customer service as “guest obsession,” he says that he and his team drilled down to four aspirational themes for the park’s model citizens (MCs), Legoland’s designation for its employees:

Started in 2020, the training sessions were supposed to be in person but evolved to include interactive online modules to accommodate pandemic conditions. As a result of the sessions, Miller says that MCs felt empowered to address and immediately resolve many guest issues. To support the “surprise” pillar, Legoland created 10th anniversary cards bearing complimentary gifts or food items that MCs could spontaneously hand out to unsuspecting visitors.

So, how has the GO! program been going? Despite the staffing crisis and its impact on the availability of some restaurants, retail shops, attractions, and shows, the park’s customer service scores did, in fact, increase.

“They were actually higher than they ever were,” Miller says. “I attribute that to Guest Obsession training.”

During the initial confusion of the pandemic in early 2020, most people thought that closures might last for a few weeks. When it became clear that restrictions would remain in place for much longer, Enchanted Kingdom developed the R.I.S.E. program to reach out to its homebound employees.

Using Zoom and Google Meet, the park offered virtual general assemblies, a “Learn from Leaders” series, and other informational and team-building presentations. The R.I.S.E. Together program, Beldad emphasizes, was not solely about work-related issues. It also addressed employees’ total well-being and incorporated webinars focused on issues such as mental health and spiritual concerns.

“It is essential to know your employees better, especially in these trying times,” Beldad says. “This program became a vehicle to share experiences, affirmations, and inspirations.”

Through a collaborative partnership with the Pennsylvania State System of Higher Education, Hersheypark established a 12-week program that combined classroom instruction with work opportunities. In its inaugural year, 180 students representing more than 100 colleges got real-world experience working in their chosen field of study at the park, as well as the chance to engage in a leadership development curriculum and earn college credits. For housing, the participants lived in dorms on the Penn State Harrisburg campus.

The classes covered topics such as communication, critical thinking, and team dynamics, according to Vikki Hultquist, general manager of attractions and entertainment. “The students were encouraged to apply these newly learned skills within their departments at Hersheypark,” she adds.

The program included a “Chocolate Challenge” team-building exercise, a luncheon that paired students with Hershey executives and area community leaders, and a leadership forum that included John Lawn, Hersheypark’s president and CEO. 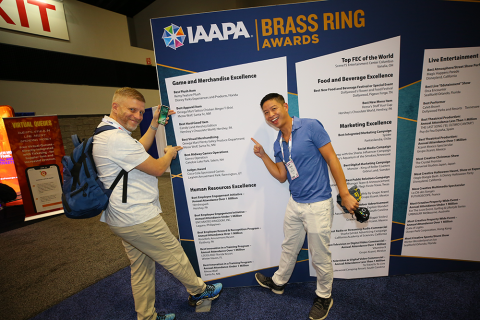 Eschewing more traditional classroom-style programming, sessions focus on topics such as body language, spoken language, and appreciation for the individual. New hires also participate in a forum during which creative directors and artists share their thoughts and visions about the exhibits they create.

To help drive recruitment and retention efforts, Knoebels developed a giveaway program featuring a grand prize drawing for a new car. The park also branded its employees as “Team K” and organized bonding events to emphasize Knoebels’ inclusive, family culture. “Now more than ever, we felt we needed to express our gratitude for our team,” says Jon Anderson, director of human resources.

Employees earned giveaway entries based on the number of hours they worked, which gave them incentives to commit to more and longer shifts. Rather than purchasing the car, Knoebels partnered with a local dealership that has its company picnic at the park. The dealership received in-park advertising and participated in a joint advertising campaign that highlighted Knoebels’ recruitment efforts. “This resulted in a win-win scenario for us and the car dealership,” Anderson says.

The program generated a lot of buzz both within the park and in the regional media, which picked up the promotion as a unique angle in their stories about the general COVID-19-related employee crisis.

According to Anderson, the program generated 175 new job applications in an historically tight labor market, a 16% increase in the average amount of hours worked per team member, and a 7% increase in the number of team members working since the initiative launched.

“It is an honor to be recognized by your peers in an industry that is known for creativity and innovation,” Meow Wolf’s Gibbs says about winning the IAAPA Brass Ring Award. She adds that it shines a spotlight on HR as an integral part of the attractions industry and validates how “ingenuity and resourcefulness can be applied to the human element with great success.”