Food and beverage locations across the attractions industry are beginning to safely reopen after COVID-19 closures. Hear from several food and beverage operators that have successfully reopened their facilities as they share advice, tips, and lessons learned. Topics of discussion will include: 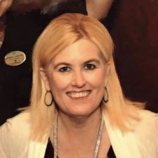 Tracy began her career at the San Diego Zoo in 1977.  In 1981 graduated from SDSU with a BA in Environmental Design, and a minor in Political Science.  Tracy joined the Food Service Management team at the Zoo in 1982 where she work in several management positions over the next 20 years.  In 2002 she moved 30 miles north of the San Diego Zoo to the San Diego Zoo’s Safari Park, as the interim Associate Food Service Director.  In 2003 she became the permanent Director of Food Service at the Safari Park.  In 2011 the corporate decision was made to merge the Food and Merchandise Departments, Tracy then became the Director of Retail Operations. Terry Capener grew up in Davis County, Utah and graduated from Clearfield High School. He attended Utah State University where he received both his B.S and B.A. degrees. He obtained an MBA from the University of Phoenix.

He has many outside interests and currently serves as Past Chair of the Utah Restaurant Association and has been an active member for the past 20 years. He is the Past Chair of the Davis County Tax Advisory Board and works with EDCUTAH. He is also currently the Vice Chair of the Layton/Ogden Leadership Learning Academy Charter School.

His passions are his family, traveling, and cooking (ok, let’s be totally honest…he has a passion for eating!) Jeremy Hoyum is COO of the My UAAP a franchise group for the Urban Air FEC concept. Jeremy currently is volunteering on the FEC Committee for IAAPA and is the Chair of the FEC Education subcommittee. He believes that the success of the family entertainment industry revolves around providing a critical service to communities through helping to create memorable experiences for family and friends.

Jeremy has over twenty years of experience in bowling and family entertainment centers. He helped create and operate the Amazing Jake’s brand and has changed the big box pizza concept to what is now Jake’s Unlimited. While at Jake’s Unlimited he won two coveted Brass Rings Awards, one for Top Family Entertainment Center of the World and another for the Best New Food Item. They were the first FEC to win a food award for IAAPA. As a former paratrooper in the US Army, Jeremy brings leadership, discipline, and problem-solving ingenuity to all aspects of his operational success. Walter left Six Flags to work for the startup park company Adrenaline Family Entertainment, as the Revenue Director at Alabama Adventure where he was responsible for Food & Beverage, Catering, Retail, Games and more. He also spent time as an industry consultant before joining Schlitterbahn Galveston, Texas as their Food and Beverage Director.

Walter has now been with Typhoon Texas Waterpark in Houston, Texas for the past four years as the Revenue Director, where he oversees Food & Beverage, Retail, Rentals, Front Gate and Group Sales.