Webinar: Brexit – What Does It Mean for the Attractions Industry?

The UK has now left the European Union, yet the full impacts of Brexit remain unknown. Owen Ralph will moderate a panel discussion to discuss these questions and more:

At the end of this webinar, participants will understand what a few leading industry experts hope is on the horizon. Paul has led the British Association of Leisure Parks, Piers and Attractions since 2012, after a 22-year career with Merlin Entertainments/Tussauds Group. Representing both attraction operators and suppliers, Paul's job involves him keeping abreast of a wide range of legislative issues affecting the industry – Brexit being one of them. As chief executive of Simworx, Terry has developed a former simulator specialist into one of the world's leading suppliers of media-based attractions. Named as a local entrepreneur of the year in 2019, he has also been recognised as a Park World Industry Icon and Top 50 Theme Park Influencer by Blooloop. As a major exporter, Brexit is likely to have a significant impact on his business, for better or worse. 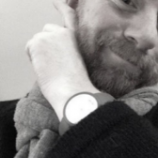 At Blooloop and previously as editor of Park World magazine, Owen has been interviewing senior members of the attractions industry for almost two decades.