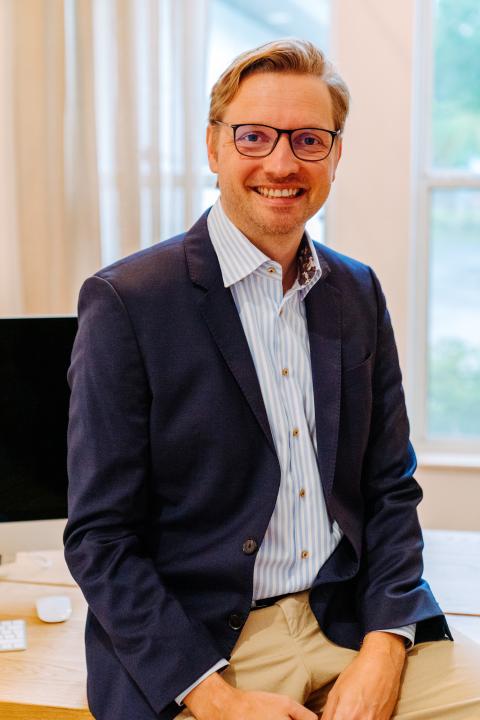 As president and CEO, Wahl will lead the association’s 94-member team in Orlando, Brussels, Hong Kong, Mexico City, and Shanghai. He will be responsible for the executive management and day-to-day operations of the association and will be the primary strategic advisor to the IAAPA Board of Directors on all matters related to association’s mission, events, products, and services.

“Jakob is the right person to lead the IAAPA team into the future,” said Curt Caffey, chair of the CEO Search Committee, IAAPA treasurer, and president of ProParks Attractions Group. “Jakob’s vision for IAAPA is focused on adapting the association for today’s fast-paced, change-driven world, and enhancing the value of IAAPA membership through our regional offices around the globe. He has a keen sense of balance between taking risks and driving the organization’s success and he plans to accelerate the association’s delivery of digital products and services for IAAPA members. He has an international perspective, strong connections with IAAPA members around the world, and he is respected by the IAAPA team. Those attributes, combined with his extraordinary passion for attractions industry, make him the ideal leader for the association.”

Wahl’s career in leadership roles at IAAPA spans 10 years. He joined IAAPA as program manager for IAAPA Europe in 2009. In 2013, he worked for Europa-Park in Rust, Germany as director of communications and manager of special projects. Wahl returned to IAAPA in 2017 to lead the association’s Europe, Middle East, and Africa (EMEA) team as vice president and executive director of IAAPA EMEA. He was promoted to executive vice president and chief operating officer of the association in November 2021 and moved with his family to Orlando.

Wahl holds a German and French degree in business economics from the IUP, Aix-en Provence.

The selection of Wahl was made following a seven-month process led by the IAAPA CEO Search Committee and supported by executive search firm, Korn Ferry International. The six-member committee was comprised of current and past IAAPA Board members including three past chairmen. The global search process identified an impressive slate of highly qualified candidates from the attractions and associations sectors and involved a detailed screening process and multiple rounds of interviews. The committee recommended Wahl to the IAAPA Board of Directors, and the board agreed Wahl should be IAAPA’s next president and CEO.

McEvoy will continue to lead the association through the end of the year as president and CEO. He will remain in a special advisory capacity to support Wahl from January 1 through his retirement on April 1.

“We greatly appreciate the 12-month notice Hal gave us for his retirement as that has allowed us to plan for a smooth and orderly transition,” said IAAPA Board Chairman, Ken Whiting, president of Whiting’s Foods at Santa Cruz Beach Boardwalk. “Hal has done an amazing job leading the association for the past five years … some of the most challenging years in the association’s 104-year history. We greatly appreciate all Hal has done to lead the association and support the IAAPA team. I’m confident Jakob is the right leader to build on Hal’s legacy of success.”

About IAAPA
IAAPA is a diverse and dynamic community of global attractions professionals. As the largest international trade association for permanently located attractions, IAAPA unifies the attractions community, connects people to learn and grow together, and strives to promote the highest professional standards for excellence and safety around the world.

Additional information is available at IAAPA.org or through the association’s social media channels: @IAAPAHQ #IAAPA.

A photo of Jakob Wahl is available here