The shores of Lake Eloise in Central Florida are hallowed ground. It was along the banks of these waters in 1943 that Cypress Gardens began delighting guests with water ski shows.

As the tale goes (let’s be honest: every attraction has a great backstory) … when soldiers on leave during World War II saw a photo of a water skier in a local newspaper, they visited the Winter Haven park owned by Julie and Dick Pope hoping to see a show. One problem: There was no water ski show. That’s until Julie’s quick thinking. She instructed her children and their friends to stage an impromptu performance. Word-of-mouth soon traveled—and 800 soldiers arrived the next weekend to see the show. That ingenuity is what the global attractions industry is made of. 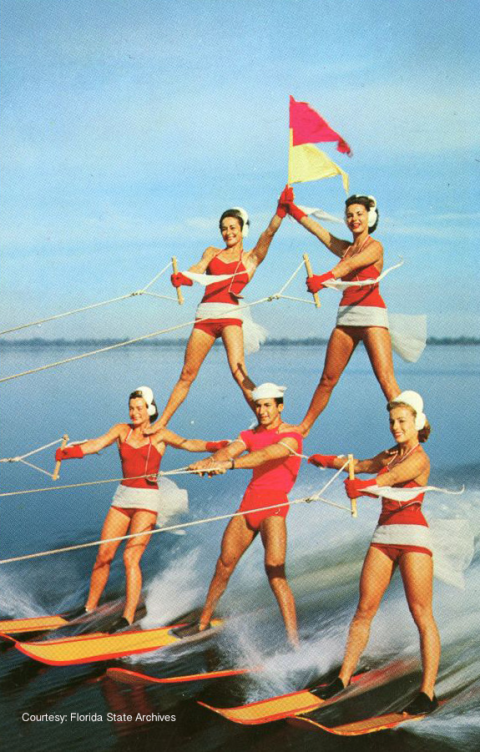 Now 78 years later, creativity and athleticism are again woven together to create art in motion at Legoland Florida Resort. In mid-February, the park debuted “Brickbeard’s Watersports Stunt Show” in the grand tradition of those early water ski shows. The jumps, flips, and “human pyramid” made from skiers as they climb atop each other’s shoulders—all while a boat tows them—are back in spectacular fashion.

“We knew we had a time-honored tradition here,” show director Phil Rayborn tells me. “We knew we wanted to marry that and bring the Lego brand of humor into this.” 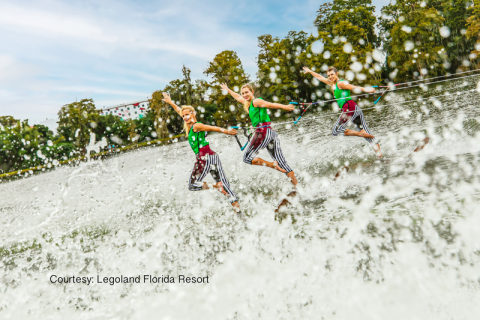 And he did. With an original score, an all-new female Lego character named Calico Jade, and more dynamic stunts on the water.

Jeremy Pancoast, Legoland Florida’s director of entertainment, introduced a sky ski and a flyboard to the show. The later is a water jet-powered hoverboard that allows its rider to soar 40 feet above Lake Eloise like a serpent (see video above).

“It’s no longer called a ‘ski show’; it’s called a ‘stunt show’ because we’re throwing things at you that you’ve never seen before,” Pancoast says. Come to think about it, that’s kinda what Mrs. Pope did almost eight decades ago. 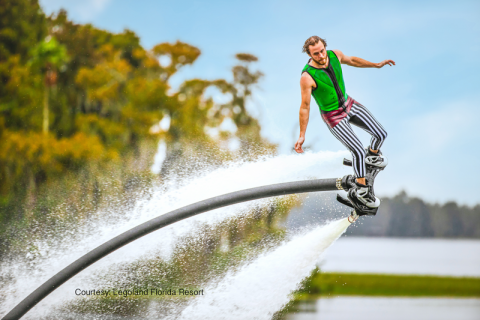 Another thing that has not changed: the stunning sunsets from the eastern banks of Lake Eloise. Do yourself a favor: Watch “Brickbeard’s Watersports Stunt Show” and then return to Legoland Florida’s lakeside pathway to behold the evening sky. Tell them Julie Pope said it’s a show not to miss.