Whether you are a seasoned veteran looking to sharpen your skills, or a newbie to the industry looking to learn how to improve the profitability at your food locations, join us as we look at calculating your Cost of Goods Sold.  COGS (cost of goods sold) is one of the most important things to measure. Put simply, it’s how much it costs you to produce a menu item.

COG is important because it’s tied directly to your profit margins, revenue and inventory management. Food Locations who don’t have a firm grasp of their COGS and monitor it regularly put their business in financial risk.

But the good news is that you have control over your COGS. All it takes is a little number-crunching.  Join us, and we’ll show you how. Harry Smith grew up in a small lake community called Lake Lotawana near Kansas City in Missouri.  When not on the water, Harry spent his summer days making and enjoying great food in a place where backyard BBQ is the rule and not the exception.  Being immersed in the slow-smoking Kansas City BBQ scene, he developed a passion for food and cooking and began his 30+ year career in the restaurant industry starting at age 15.

Harry worked in local restaurants in high school and then entered the sports and entertainment industry with the Levy Restaurants at Arrowhead Stadium holding many positions while studying business at the University of Kansas nearby.  After college he transitioned into a full-time position with Levy and relocated countless times over his fifteen years with the company.  Harry climbed the culinary ranks holding many different positions during his tenure including having the honor of working as the Executive Chef of Utah Olympic Park at the 2002 Winter Olympics and as the Executive Chef for Superbowl XXXIX in Jacksonville.

Harry left the Levy Restaurants in 2006 to open his own restaurant in Colorado and started a consulting business primarily focusing on small business startup, menu consulting and recipe development.  He built the restaurant into a profitable endeavor and sold it a year later and continued consulting until the call of the excitement brought him back into the entertainment industry, first at Sporting Kansas City and then at Worlds of Fun with the Cedar Fair Entertainment Company.  In 2021 Harry was promoted to the newly created Regional Executive Chef position where he is supporting and driving the culinary experience at nine of Cedar Fair’s thirteen parks. 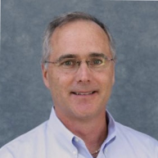