So there you are, you finally arrived on the IAAPA Expo showroom floor. Armed with multiple copies of your resume, freshly printed business cards, your lucky outfit, a sparkling smile, you're ready to rock. But how do I get noticed in a good way? Will my resume stand out? How do I ask for an internship position or how do I land my first job interview? As a student, how do I get the most out of the IAAPA Expo Europe?

As with everything in life, preparation is the key to success! And right in time for your (first) IAAPA Expo Europe visit, the Young Professionals Subcommittee invites you to their next Webinar + Exchange that will be entirely focused on how you can make yourself stand out in a professional and memorable way.

Find out what CEOs and recruiters are actually paying attention to when you fire off your well-rehearsed elevator pitch and follow in the footsteps of former students turned Young Professionals as they share their experiences of how they landed their first job or internship and how they managed to use the many opportunities offered by IAAPA to their advantage.

As the icing on the cake, the webinar is followed by an online speed networking session, so you can immediately put your newly learned skills into practice!

This online event will take place on Monday, the 6th of September, starting at 17:30 CEST and ending at 19:15 CEST. Registration is complimentary, but mandatory. 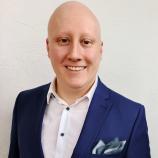 Glenn Homburg has been Marketing Manager for the Benelux and France regions at Phantasialand for almost five years, boosting visitor numbers from outside of Germany. Although he graduated with a master’s degree in industrial engineering at the KU Leuven, he felt that something vital was missing in his technical skill set and pursued a second master’s in management. His experience in the marketing department of one of Europe’s leading theme parks allowed him to acquire the business acumen and commercial skills needed to better understand the multifaceted corporate landscape in which themed entertainment projects are nested. In addition, he is a strong advocate of employee-empowering and intent-based leadership. Glenn has been keen on supporting IAAPA as a Senior Show Ambassador during multiple IAAPA Expos and currently serves on the IAAPA Young Professionals Subcommittee to develop the industry's next generation of leaders. At the moment I work at Jora Vision as Office Manager. I have been asked to stay here after my research internship on dark rides and my graduation in Communication in International, Events, Music & Entertainment at Fontys University for Applied Sciences.

I specialized in theme and amusements parks and during this study I did a five-month internship at Disney World in Orlando. And I participated in an exchange program with a focus on the film industry, in Seoul (South Korea). After having initially completed a bachelor’s degree in Sports Science in April 2016, Sarah Braun has been keen on entering the leisure industry. To do that, she initiated studies at the Baden-Württemberg Cooperative State University (DHBW) in the field of economics for tourism, hotel & gastronomy and finished her second bachelor’s degree in September 2019 with the support of Europa-Park. Now, as an Event Manager for Europa-Park, she organizes all kinds of small and big events, ranging from meetings and marriages to congresses and company celebrations. Sarah Braun is a veteran Show Ambassador, having supported IAAPA with much enthusiasm during multiple IAAPA Expos in Göteborg, Barcelona, Berlin, Amsterdam, Paris and the one in Orlando. 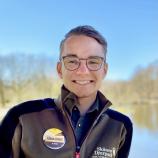 Glenn André Viste Bøe is the Chief Operating Officer of Skånes Djurpark in southern Sweden. Skånes Djurpark is part of the Lund Group, which since 2015 has been transforming the park to become Sweden’s best family destination. As part of the transformation the IP of Shaun the Sheep was brought into the park. The group also owns and operates other Scandinavian attractions such as Kongeparken, Lunds Tivoli, Landstreff Stavanger, Palmesus – Scandinavia’s largest beach party and the Christmas market in downtown Oslo, Norway. In total, the group touches more than 3 million guests each year.

Glenn “grew up” in the family owned company, starting his career as a games operator in Kongeparken when he was 15 years old. In 2010, Glenn went through the park's comprehensive, year -long, Spirit Award-winning management training program; the “Big Bear Academy”. The vision of the academy is to be the world’s best leadership training program for "first-time leaders". Since 2017, Glenn has headed the program, helping build the Lund Group’s leaders of tomorrow.

With his theatre background, Glenn is passionate about the mix between business, storytelling and talent development, which he believes are crucial elements in creating world class guest experiences. Therefore, Glenn is engaged in multiple committees focusing on talent development nationally and internationally, and is honored to be a part of the IAAPA’s Young Professionals subcommittee.