The Institute for Attractions Managers is IAAPA’s premier management development program. This 2 and a half-day course gives attendees detailed training in attractions management and is directed at emerging industry professionals, who have the potential to be on a senior management team or newly hired executives joining the attractions industry.

It is also an excellent program for managers entering the attractions industry laterally from other businesses providing a solid foundation on how attractions operate and what the industry’s key drivers and the metrics for success.

The IAAPA Institute for Attractions Managers is a 2 and a half-day intensive course that gives attendees detailed training in attractions management featuring hands-on instruction and case studies.

Industry leaders will immerse your staff into five core topics and provide a closer look at how these issues are managed in the attractions industry: 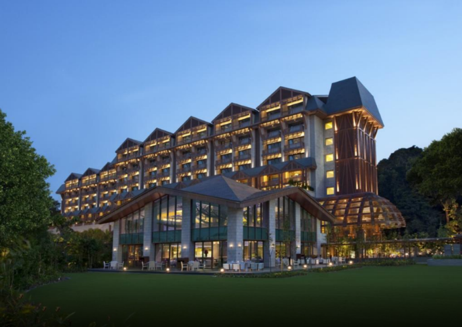 The special room rates provided below are ONLY for program attendees and the deadline will be on November 10 (Sun). Due to limited availability, we recommend you to book your rooms upon the completion of your registration.

The room rates are displayed in Singapore Dollar. Currency fluctuates daily. For an accurate conversion as of today's date, please calculate using the current market conversion rate with the rates below.

For hotel reservation, please fill this document and send to [email protected]. The following year he was tapped to head the Park Operations Division of this first and only world-class theme park in the Philippines that opened in 1995.

In January 2018, he relinquished his role as Division Head of Park Operations to lead the newly created Safety & Risk Management Division of Enchanted Kingdom.

Responsible for maintaining a safe and secure environment for the facility’s over 800 cast members and close to 2 million guests a year, his division oversaw threat assessment, risk management, security, health, first aid and emergency preparedness.

He served for several years in the IAAPA Asia Pacific Safety Sub-Committee and has given talks at IAAPA Safety Institutes and as faculty at IAAPA Institute for Attraction Managers, sharing industry best practices in operations, maintenance, safety and risk management. After 5 years working in Retail Operations, Cecelia joined Bukit Gambang
Resort City, an integrated resort in Malaysia. She had operations department under her portfolio which included Treasury, Rentals, Retail and Photography and Guests Services.

In 2011, Cecelia joined Resorts World Sentosa, Singapore and was part of pre-opening management team and launch the new Marine Life Park facility featuring Adventure Cove Waterpark, Dolphin Island, and S.E.A. Aquarium.  Cecelia has the opportunity to cross multiple departments and multi- attractions (inclusive of Universal Studios Singapore) in a variety of leadership roles during his time at Resorts World Sentosa including all Operations divisions and Business Development including loyalty programs.

Cecelia then made the pre-opening team for Desaru Coast Adventure Waterpark in Johor, Malaysia as the Head of Attractions before moving to join Wild Wild Wet, Singapore overseeing the entire attraction which includes but not limited to Attractions/Lifeguarding, Entry/Guest Services and Business Development and Membership. Yael is a founding partner of LDP. With over 20 years of experience conducting market and financial assessments of projects throughout the EMEA region, Asia, Africa and the Americas. She applies global knowledge and passion for the industry to every local market situation. Based in London, Yael conducts studies on stand alone attractions and museums or innovative leisure real estate projects that incorporate entertainment, retail and attraction elements into resorts and tourism destinations. She provides qualitative and quantitative analysis regarding entertainment concepts and content, strategic development and financial feasibility. In the past 27 years, Cookie Bartolome has made waves in the fields of media, advertising, marketing, and themed experiences. Beginning her career in advertising, Cookie has managed a wide-range of local and international clients, such as Coca-Cola, Procter & Gamble, Globe Telecom, and Jollibee. She later moved to marketing, becoming the head of Integrated Marketing at ABS-CBN.

Most notably, Cookie played an integral role in the development of ABS-CBN’s multi-media campaign Tabang Na, Tulong Na, Tayo Na (TulongPH), a drive to raise donations for the relief and rehabilitation for the survivors of  the Bohol quake, the war in Zamboanga and Typhoon Haiyan. The advocacy campaign included selling Tulong shirts and conducting Tulong fund-raising concerts with the country’s leading artists performing pro-bono and raising funds from the public. It won numerous awards, including the Spark Award for Media Excellence and for Best in Show; the PH Quill Award; the Lopez Achievement Award and a citation for the Yolanda Hero award; and the Grand Anvil Award. Under her leadership, ABS-CBN was also recognized as the 2015 Agora Award for Marketing Company of the Year.

In 2016, she completed the IAAPA Attraction Managers Program and Harvard Business School’s Advanced Management Program and later on assumed the role of Head of ABS-CBN Themed Attractions. In her capacity as head she serves as President and CEO of KidZania Manila and President of ABS-CBN Themed Experiences Inc. which operates ABS-CBN Studio Experience and ABS-CBN Studio Tours. Her vision is to share the Filipino brand of happiness thru meaningful themed experiences.